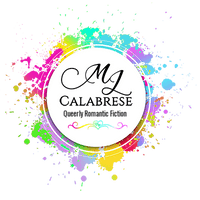 Friends since childhood, Albuquerque detective Eagle Woodard and criminal profiler Adam Coulter are dragged into a serial killer case. Gay couples are being murdered and tortured and the FBI needs their help to capture the sadistic murderer.


Deciding to implement a plan to trap the killer, Adam and Eagle go undercover as an involved gay couple. Or is it really pretend?


Faced with their toughest challenge yet, they must find the active serial killer before he strikes again. With the powers that be not cooperating and the killer proving to be elusive, will Eagle and Adam be able to stop the murderer while navigating their changing relationship?


PLEASE NOTE: This is the first book in an ongoing story arc. Although the case is solved, the relationship ends on a cliffhanger. Contains graphic violence and scenes of torture.

Adam Coulter has returned and is coping with the horrific events of sixteen months ago as best he can, but not everyone is happy about it. His best friend and new husband, Detective Eagle Woodard, doesn’t want to speak to him and it’s starting to look like his fifth marriage isn’t going to be anymore successful than his other four.


FBI Agent Rick Kessler and Navajo Reservation Police Lieutenant Carlos Aiello, Eagle’s cousin, have pulled a reluctant Adam into another case. Five bodies discovered at the site of a planned casino, all dressed and painted up as Native American mythological characters offer confusing clues. Are they dealing with another serial killer?


Fighting to stay clean and sober, Adam’s 12 step sponsor is murdered. At first it seems unrelated to what he saw in the desert, but evidence comes to light that says otherwise. Revelations concerning Adam’s past and his father, Richard Coulter’s, connections to the local crime syndicate boss, Nelson Greybill creates even more chaos.


Can Adam repair the damage he’s done to his relationship with Eagle so he can help him solve this case? Can he win back the only man he’s ever truly loved, or will the demons of his past win the battle for his soul?


PLEASE NOTE: This is the second book in a continuous series. For full enjoyment please read Warrior's Way before reading Mountainway Chant. Contains murder and mayhem, as well as dealing with an alcohol and drug addiction. If these are triggers for you, please skip this one!

Songs of Love: ONE

When Heywood Miller and Dylan Greig meet, it’s not under the best of circumstances. Two boys become lifelong friends and slowly discover that their love for each other is deeper than they thought. Told in first person through the eyes of Heywood, their relationship over the years is a rocky one at times, but in the end the two of them discover that, just like the song, they Can’t Let Go.


PLEASE NOTE: There is cheating in this story, but the MCs do end up with their HEA!

The life of rock star, Dorian Gray and his lover, award winning film director Scott Newland, has been filled with highs and lows. Their love has transcended drug addiction and insecurities, but will it survive another’s revenge against Dorian?


Lead singer Dorian Gray, whose real life as David Niewitski is far different from his stage persona, Dorian is sensual, brazen and bold. Tall and handsome, he commands the stage. David has the voice of an angel and with his band, Absinthe, he reaches the top, but his personal life is a roller coaster of drug addiction, insecurities and a long-term relationship he fights to hold onto.


Scott Newland, award winning film director, has known David since they were children. They became lovers in their teens and eventually marry. He loves his husband, but tries to protect David’s deaf mother and loving father from their son’s self-destructive personality. David’s head strong personality, drug addiction, and his need to control places them all in danger.


This story shows the progression of these two men from friends to lovers and a backstage look at what a rock star faces onstage and off. As David would say, “My Name is Dorian Gray and I’m here For Your Entertainment.”


PLEASE NOTE: There is description of drug use and abuse. If these are triggers for you, please skip this one!